80+ years ago, Downtown Levelland was the only option for services and goods. When you needed something, you came Downtown. Whether it was a new dress for the Spring Fling or a checkup with Dr. Johnson, Downtown that’s where it happened. In fact, Dr. Johnson’s practice was right here in this building in the 1930s. Later, a bakery called Brown’s Bakery found its home here, owned by Ronnie and Meadow Brown. This building used to be two separate buildings. In 1960, H.D. “Bo” Atchison moved his jewelry store to Levelland from Sundown and bought out Beach Jewelry Store. In 1962, Mr. Atchison moved Atchison’s Jewelry from the West side of the Square to one of the two buildings that was in this location. In 1970, Mr. Atchison purchased the second building. In the Winter of 1971, the Atchison family began renovations to combine the two buildings. By the Fall of 1971, the renovations had been completed and Atchison’s expansion was a success. The jewelry store never closed a single day during the 11 month renovations. This building has been remodeled about 3 times since then and now features beautiful hardwood flooring and other modern features. Mr. Atchison attended watch making school in Amarillo to learn his trade. Atchison’s is now owned and operated by second and third generations, Gary and Meleta Atchison and their son Chad Atchison. 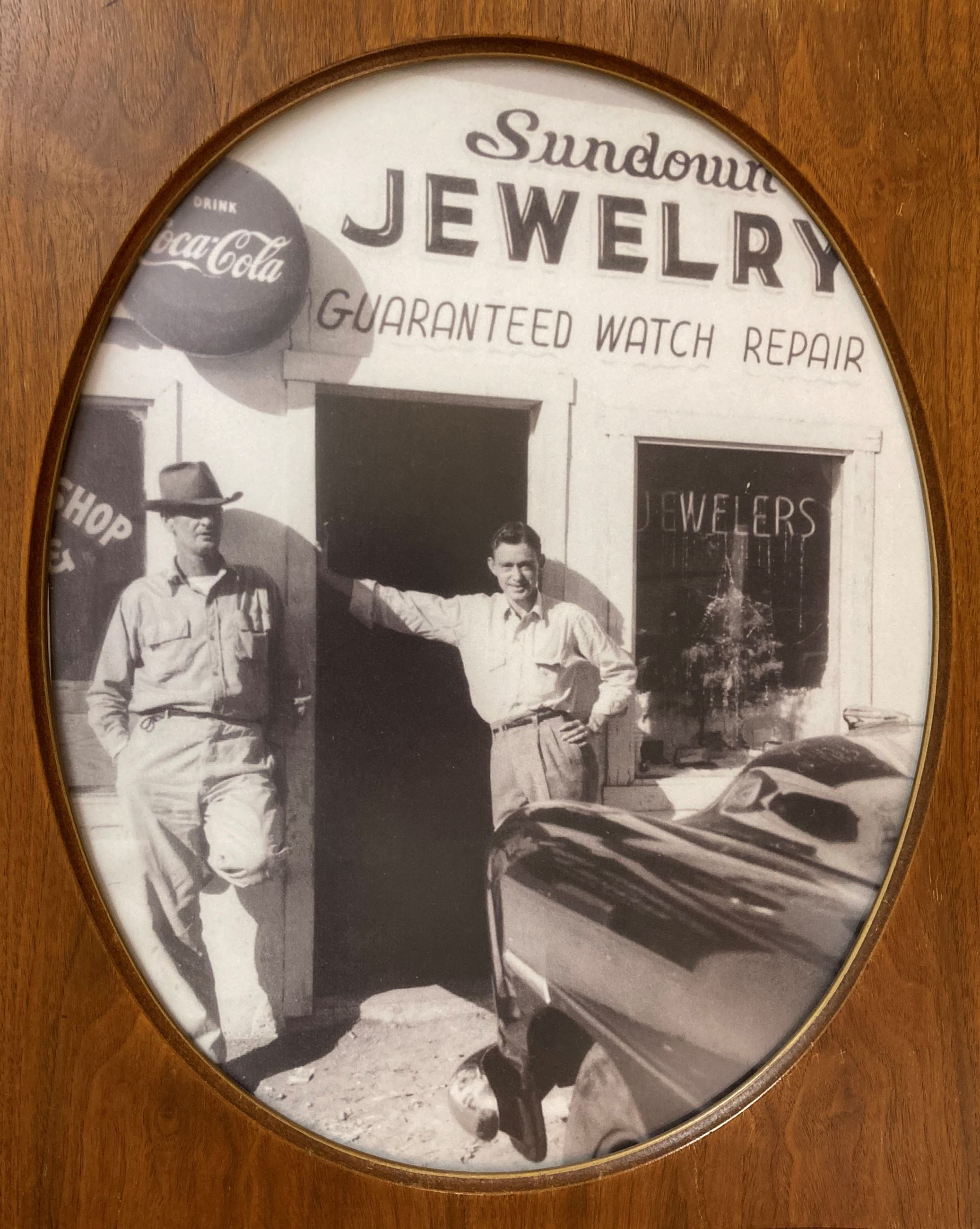 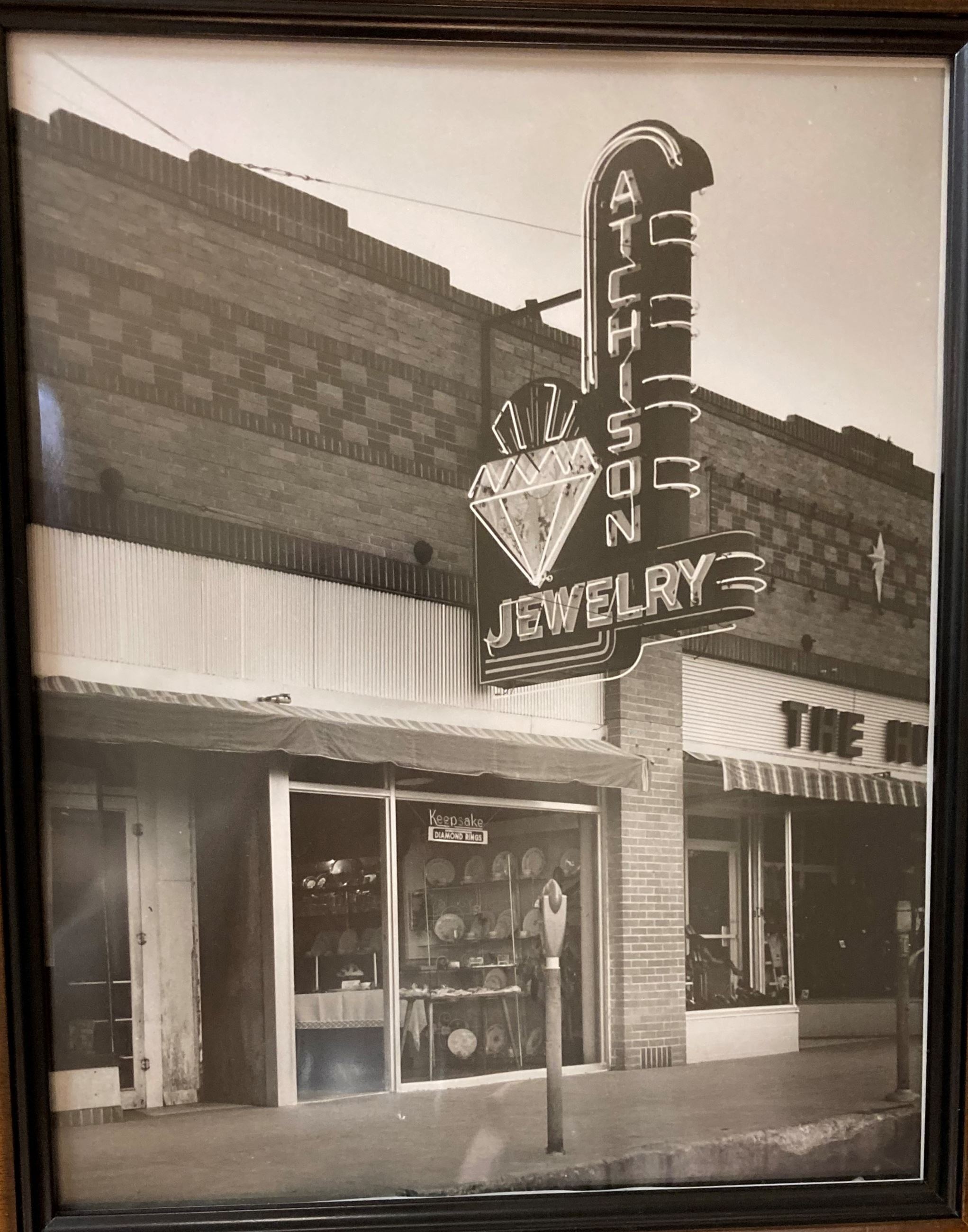 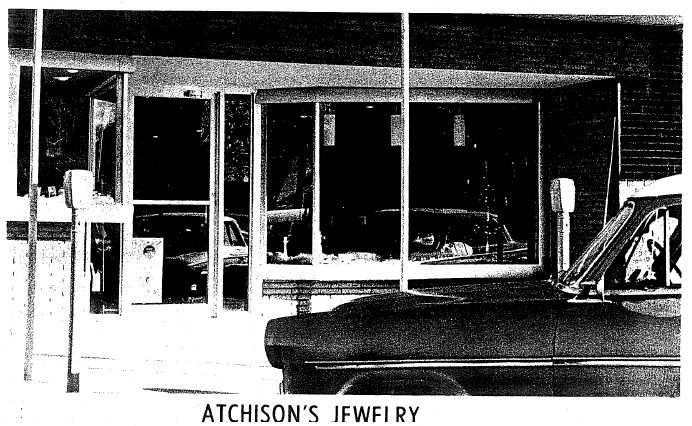 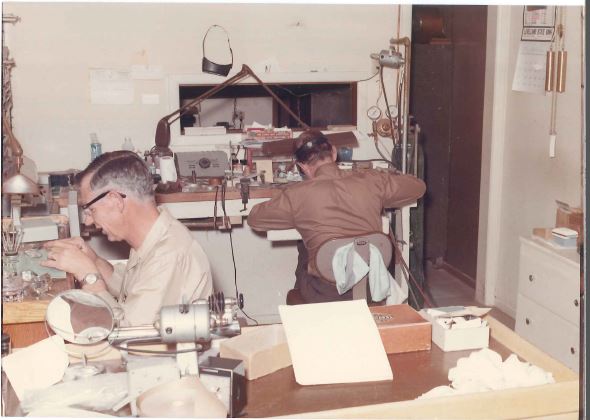 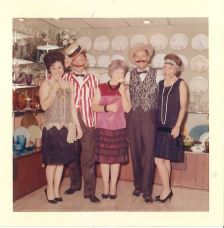 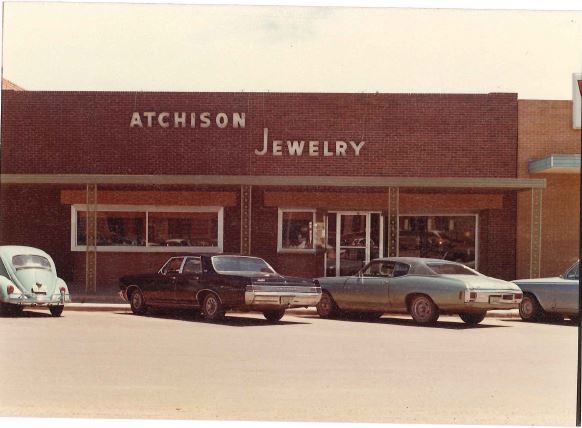 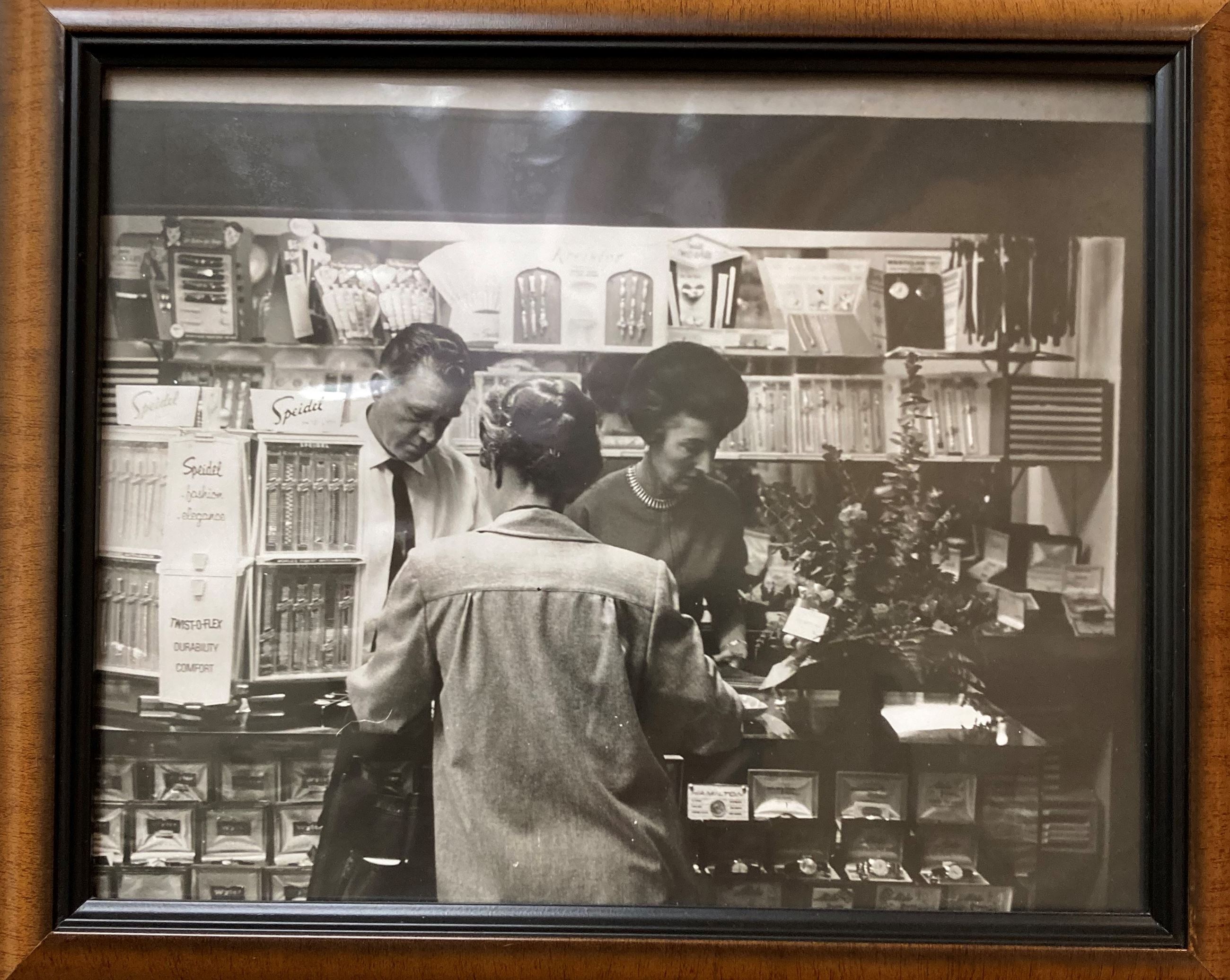 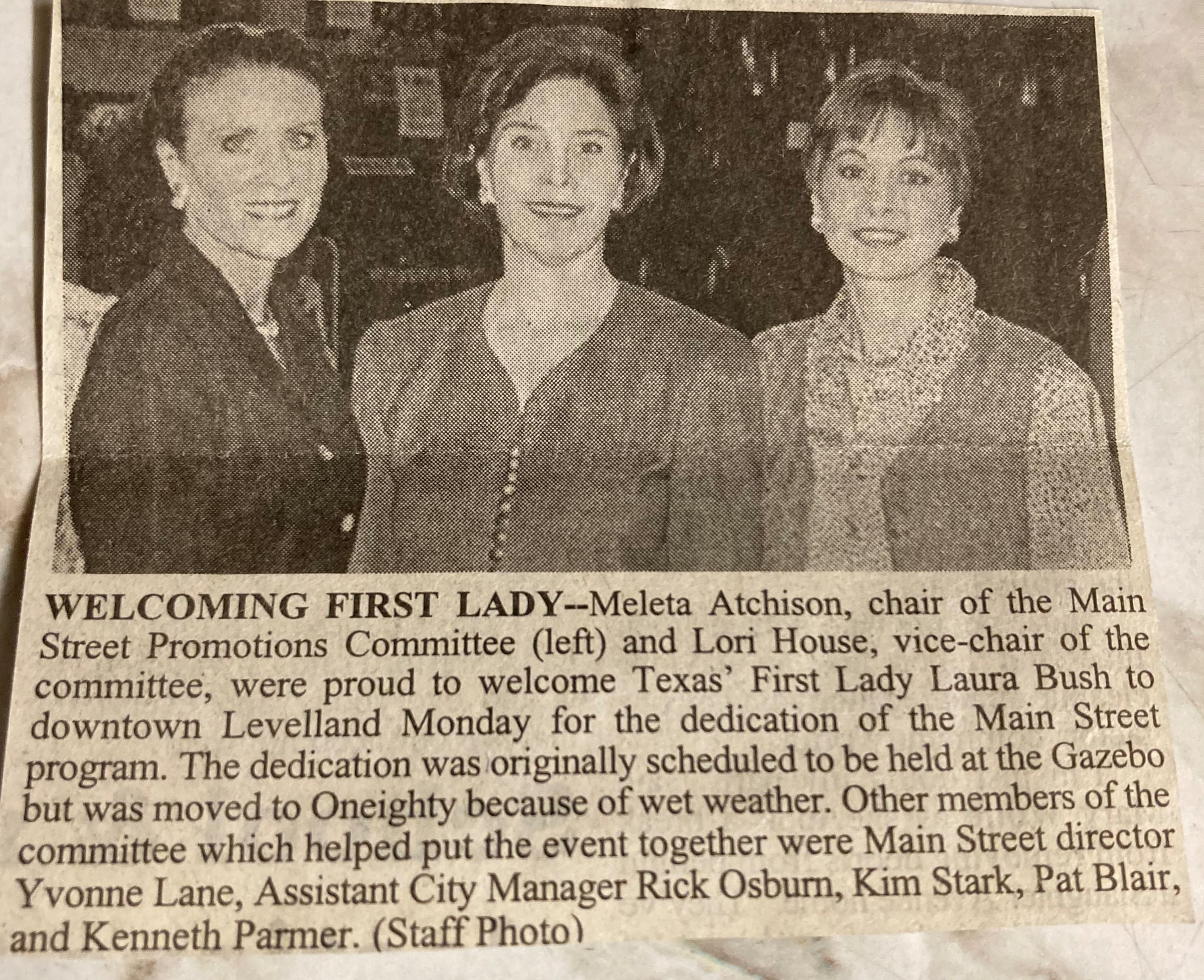 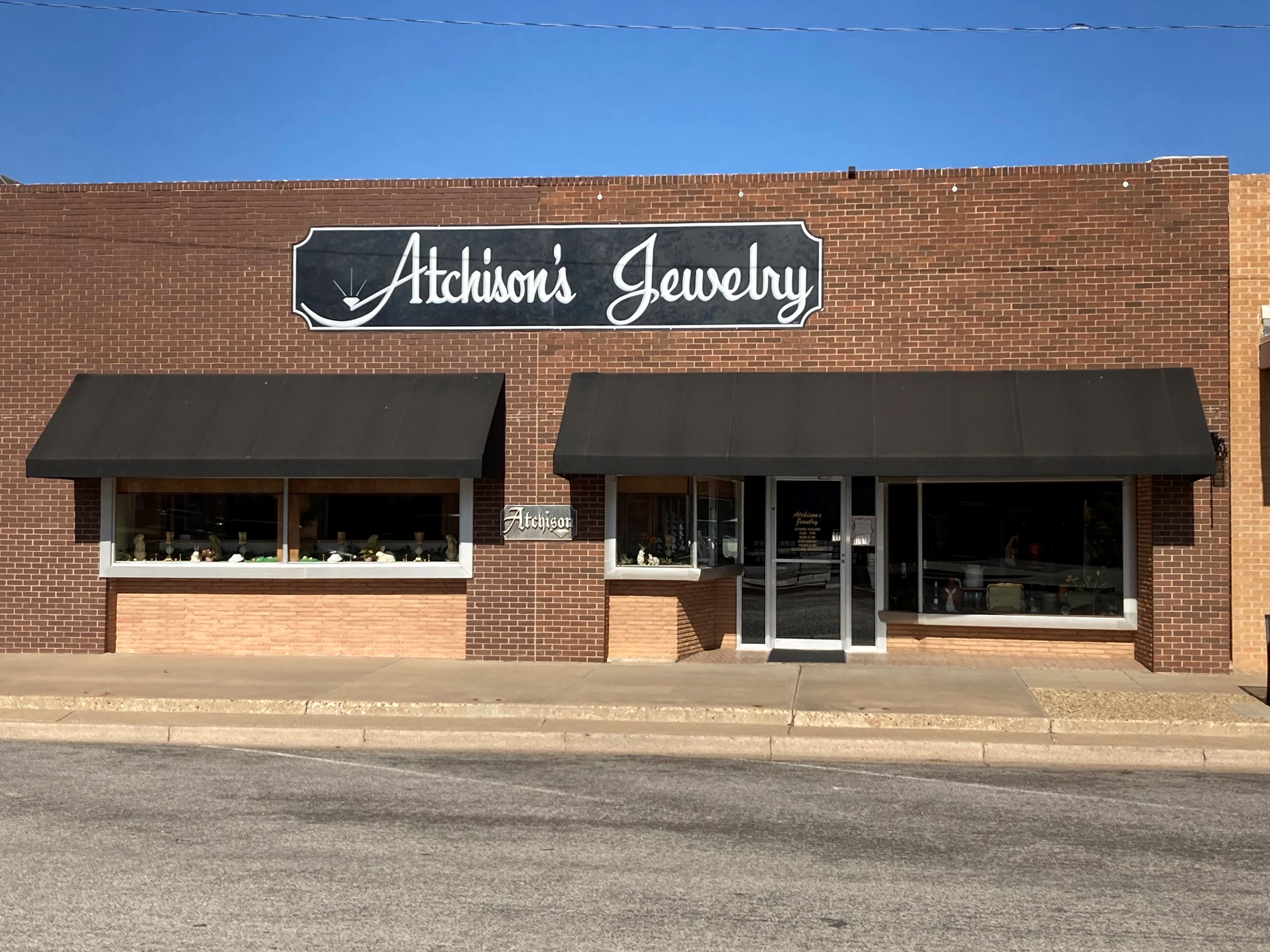